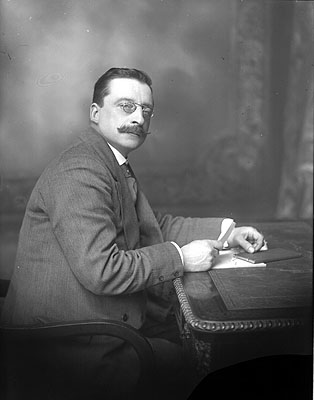 (The following is an excerpt from the book
“The Assassination of Michael Collins: What Happened at Béal na mBláth?”)

Griffith, the founder of Sinn Fein, is considered by many to have been the leading strategist of Ireland’s 20th century independence movement … After ages of continual battle against British imperialism, it was his genius for uniting Ireland’s internal divisions, which brought nationalism into a new, ultimately victorious phase …

… The chances seem astronomical against there having been anything either “accidental”, “random”, or “natural” about the sudden death, within days of each other, of Michael Collins, Arthur Griffith, and Harry Boland. Even in the dangerous environment of the Civil War, it would be about equivalent to being struck by lightening while holding a winning lottery ticket.

P S O’Hegerty quotes Griffith himself as saying, in their interview on June 30, “Of course, those fellows will assassinate Collins and myself. DeValera is responsible for this, for all of it. There would have been no trouble but for him.”

[The Cabinet “junta’s”] first step was to isolate Arthur Griffith … shortly before his death [P Moylett] found Griffith sitting alone with not even a secretary or typist available to him.  –  John M Feehan

Collins, who was working intimately with Griffith on a daily basis at the time, by no means took his death so much for granted as historians have been willing to do. As shown in his personal correspondence:

The death of poor Mr Griffith was indeed a shock to us all, more so naturally to those of us who had been intimate with him, and who thought that his illness was a very slight thing indeed. We shall miss for many a day his cheerful presence and his wise counsel … He had sounder political judgement than any of us, and in this way we shall feel his absence very keenly.

Although no bounding youth like the C-in-C, Griffith, at 51, was hardly decrepit. The negotiations with Britain, the deterioration of the country into Civil War, certainly would place a tremendous strain on anyone in his highly responsible position. Yet, lest we forget, since the founding of Sinn Fein in 1905, Griffith had lived in the eye of a political storm. His life had consisted of unending controversy, continual persecution; in the course of which he endured years of imprisonment, and constant threat of arrest or assassination.

Yet P S O’Hegerty was even more shocked at Griffith’s demise:

Until the last few months, he never lay in a sickbed. Whoever else died, we felt sure that it would not be Griffith – Griffith with the iron will, the iron constitution, the imperturbable nerve. Griffith, whom we all thought certain to live to be one hundred and write the epitaph of all of us.  Griffith, upon whom we all leaned and depended.

At the time of Griffith’s death, the Civil War was in full swing. A list appears to have issued from some quarter, indicating that members of the Dublin government were to be shot on sight at the first opportunity. Government Buildings became for Griffith and other ministers “a place of internment,” for their own safety…

As for DeValera, that ambitious statesman would never have the most potent political voice in Ireland, as long as Griffith still lived.  Nor would any post-war government led by Griffith ever be supine to British interests …

OR ASK AT YOUR LOCAL BOOK SHOP 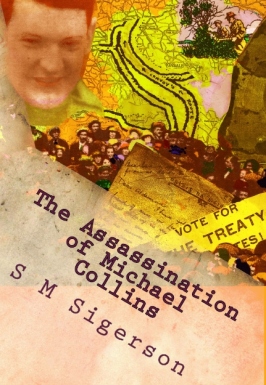